Blog - Latest News
You are here: Home / Guided tours in companies / Tested for you: Fragonard perfumery

In Grasse, economy and tourism are perfume-oriented. Ancient perfumeries like Molinard, Fragonard… have staked on visits and museums to survive. A review of Fragonard’s museum and factory tour.

Grasse is the worldwide capital of perfume, with about thirty factories, rather internationally oriented, and about twenty flower-growing farms, mainly focused on jasmine, rose and tuberose: the three perfume queens. It is a small town enjoying a microclimate, in the heart of a formerly disputed territory due to its geographical situation. A tiny fortified town, it turned to tanning as early as the XIIth century, thanks to the region’s abundance of pistacia and myrtle, a source of tannin. In the XVIth century, Catherine de Médicis brings in the French Court the Italian trend of gloves, perfumed to cover up the horrible smell of leather. And so perfumery was born from glove production. It took off in the XVIIth century. Grasse underwent major transformations due to the perfumeries within the town and the spreading of flower-growing farms in its vicinity.
Nowadays, the flowers are less visible. Billboards are flourishing to drag in tourists for them to visit the local perfumeries, the main ones being Molinard, Fragonard and Galimard.

Downtown, a prominent building catches your eye: it is Fragonard’s historical factory, since its beginning in 1926. It now shelters a small museum and what is left of the production unit can also be visited. The visit begins with the museum, all on one floor. The first part exhibits ancient flasks from the XVIIIth and XIXth centuries, toilet bags, business letters and passes from World War II. 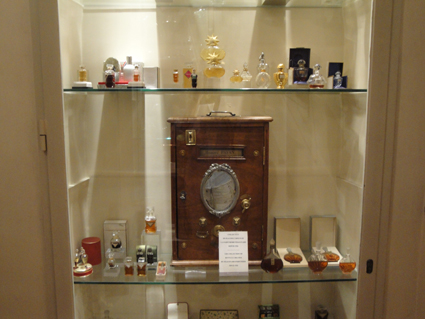 Then a new room focuses on the family’s history: a wall is dedicated to a great chronology with the main dates and black and white pictures, including portraits of the former and present directors. The next room proposes a journey through distant lands and times thanks to flasks and make-up tools from the Middle East, Egypt, Greece and Ancient Rome. The last part of the museum is the stairs – decorated with product labels -leading down to the factory visit.
The guided visits are made in groups, at regular intervals. They begin from the end, from the conditioning. Depending on the time and day, you could see busy workers there. 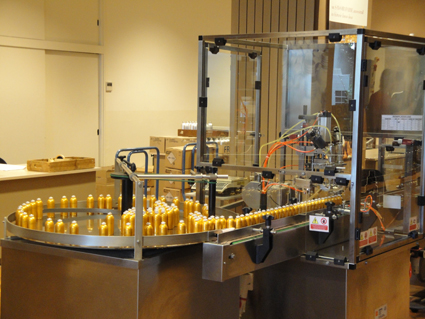 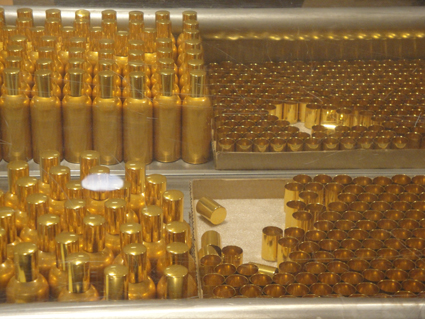 Then the guide leads you to new rooms to discover the enfleurage fragrance extraction methods (flowers in fat) and the filters. 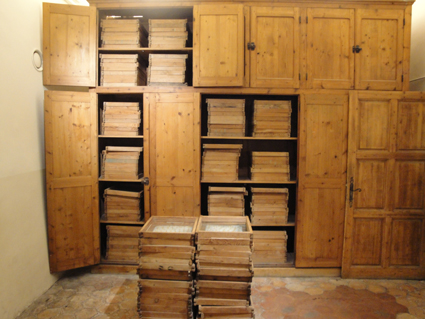 From this point, the rooms look more like an eco-museum than a factory: billboards, pictures and displays are here to complete your technical knowledge. 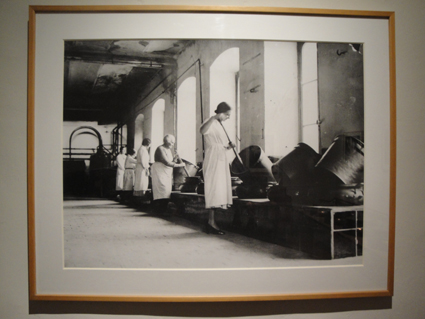 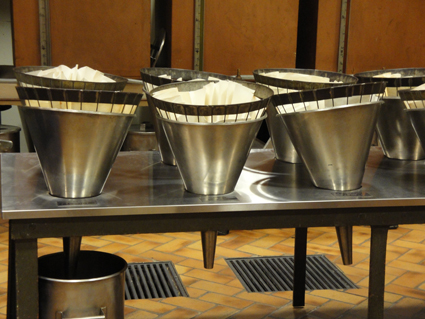 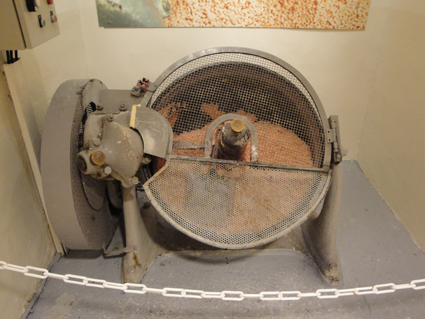 And you are shown the soap production in its moulds. You learn that each factory has its own moulds. The downtown Grasse factory moulds egg-shaped soaps. 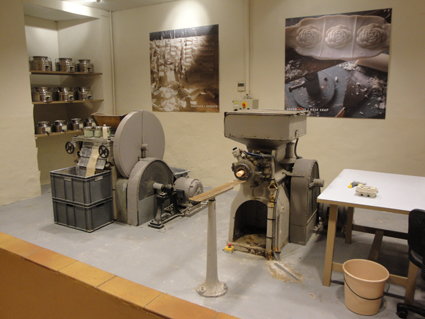 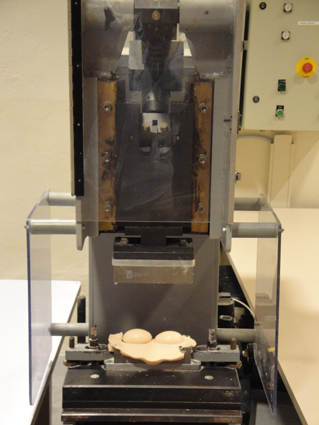 Then you discover the stills used to extract essential oils. At the end of the visit, you will stand in front of the laboratory, “where every single decision is made”. Bottles are graphically presented on each side. This modernity contrasts sharply with all that was previously seen. You will then be guided to the exit, or rather to the shop! Every perfumed product is exhibited there: soaps, eaux de toilette, shower gels, etc.
And the book “Fragonard, 80 years of passion”, published in 2006. 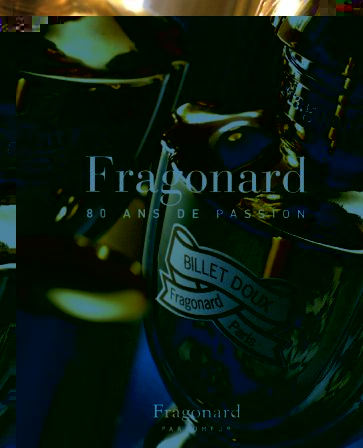 In a nice format, the cover of the book calls to mind the local and family history. Yet, it is rather a very little “home-made” encyclopedia on perfume. Though lavishly illustrated, the book deals mainly with general themes like: the history of perfume since Antiquity, raw materials, production techniques, perfume families, Grasse, noses… The themes are skimmed over and you do not learn much eventually. All the same, the author seizes the opportunity to restore some truths, as for the subsisting doubt about Catherine de Médicis coming to Grasse. And yet, this is not the greatest inaccuracy regarding the Grasse firms. Some internet sites (among which one developed by the Region) mention Galimard, gloves and perfume producer. According to these sites, this Grasse tanner would have been the first to devise the perfumed gloves. He would have given a pair to Catherine de Médicis, who, charmed, would have brought them in the Court. On its own website, Galimard only takes advantage of being the company founded in 1747 by Jean de Galimard, creator of the glove and perfume producers corporation. How could Catherine de Médicis (1519-1589) have met the above Jean de Galimard??? Of course, “Fragonard, 80 years of passion” does not mention this competitor, yet the book does not keep away from historical approximations and the dates about the gloves and perfume producers corporation are confusing.
Finally, the book only dedicates about twenty pages to the Fragonard Company. In the end, what do you know of the firm’s family culture? The founder simply took advantage of a business opportunity: tourism and flowers in Grasse, to sell perfumed products directly to tourists. Fragonard, the name given to the company, refers to Jean-Honoré Fragonard, a painter of the delicate XVIIIth century. And the company has remained a family business so far. The only major facts mentioned are Jean-François Costa’s collection of perfumery-linked objects – this collection gave birth to another Parisian museum and another book in 2008 – and the firm’s interest in La Provence traditions.
In conclusion, the book is faithful to the visit: global, lightweight and showing some good will but… where is the spirit of Fragonard to be found?

Not far away in the street, another Fragonard shop. This time it is Fragonard Home. The company has diversified into linen, boutis, glass-ware, basket-work and perfumed oils: all the fields of La Provence being exploited. 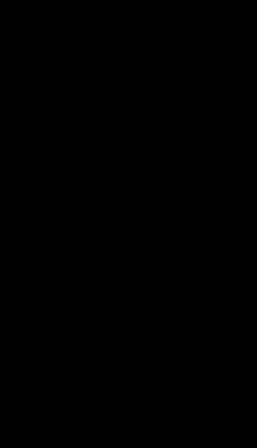 A green house for a red cow