Blog - Latest News
You are here: Home / Anniversaries / Baccarat: from the Exhibition to New York, an exponential anniversary

In 2014, Baccarat celebrated its 250 years. The celebrations started with a fairly modest exhibition. However, the finale, in New York, highlights the House’s masterly expansion. 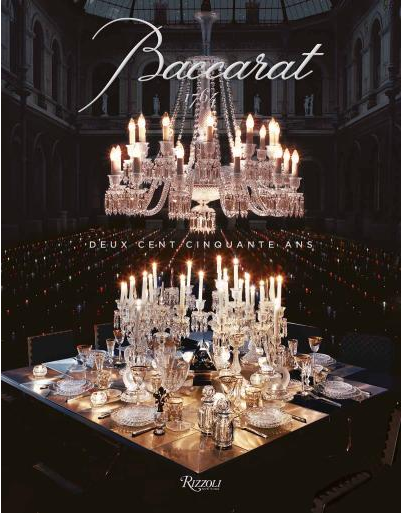 Baccarat had, for a few years, departed from its role of mere crystal glassmaker. As for numerous luxury or top fashion brands, it was high time to diversify the range. At the end of the 20th century, it had become a necessity for Baccarat, as for many ageing brands. Every action started at that time marked the beginning of what is still being implemented today.

For its 250 anniversary, Baccarat has gone a step further and has given itself the means to be viewed as a great international and global luxury brand.

Here is ample evidence of it:

The celebrations started both with a book published by Rizzoli and an exhibition at La Galerie Musée de la Maison Baccarat in Paris: “Baccarat. Les 250 ans” (The 250th anniversary of Baccarat). 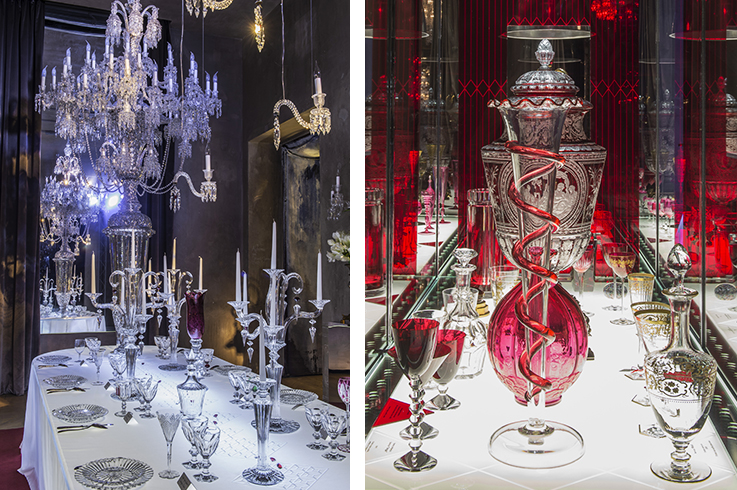 The exhibition, which opened in 2014 and was on till February 2015, displayed 250 reference pieces of the House around 5 themes, as announced by Baccarat , namely:

Oops, the House forgot to mention the  5th theme …

A book and an exhibition within the House, here is a classic yet sure way to bring back one’s foundations to one’s brand, and also a way to master one’s story-telling.

2- Baccarat, the legend of crystal

At the end of 2014, le Petit Palais welcomed this exhibition mostly dedicated to Baccarat’s creations for major Parisian exhibitions (including the World Fairs) from 1823 till 1937. 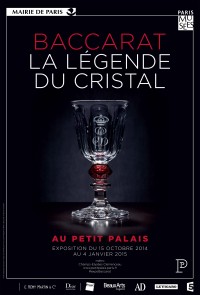 Holding a Parisian exhibition allows a brand to justify its position of great House of know-how and French luxury, just like its sister Houses of couture or jewellery.

540°C is the required temperature to create “le rouge à l’or”, red thanks to gold, one of Baccarat’s alchemy secret. Rouge 540 is a brand new fragrance, created by Francis Kurdjian. 250 units are issued in reference to the anniversary. Each one is sold 3 000 Euros. 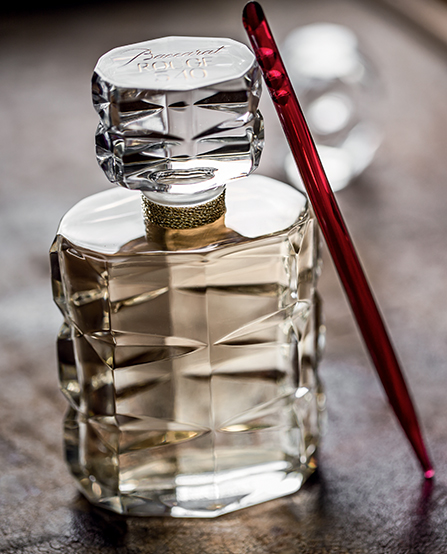 An exceptional product, furthermore a fragrance, a limited series, developed by a celebrated name: all the ingredients traditionally used by the luxury, fragrance or cognac houses.

In 1993, Baccarat had launched into jewel-making, with the Louxor ring. 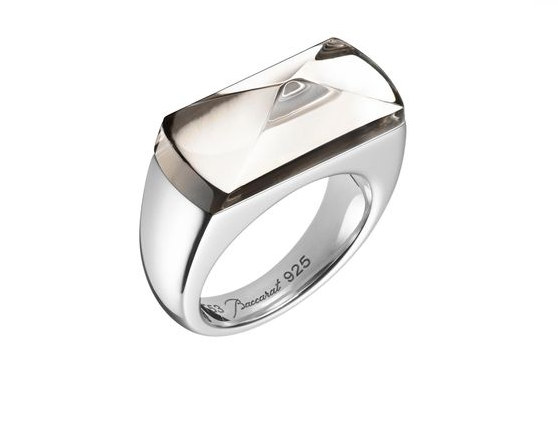 This ring (drawn in 1933 by Georges Chevalier, the Artistic Director of the House from 1916 till the 70’s) “had been taken out of the archives”.

In 2014, Baccarat called on  Coco Brun, the creator, to launch a silk headscarf and stoles collection whose geometric patterns were to be inspired by the archive drawings of the House. 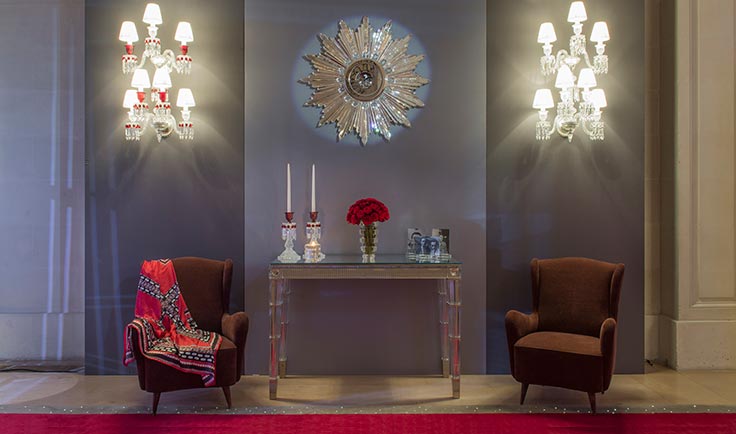 With its scarf collection, Baccarat parts a little from the universe of good manners to come closer to the feminine universe.

Creating the largest chandelier in its history, Baccarat achieved a technical feat. The gigantic piece is 8.40 meters high; it was designed by Japanese Yasumichi Morita. 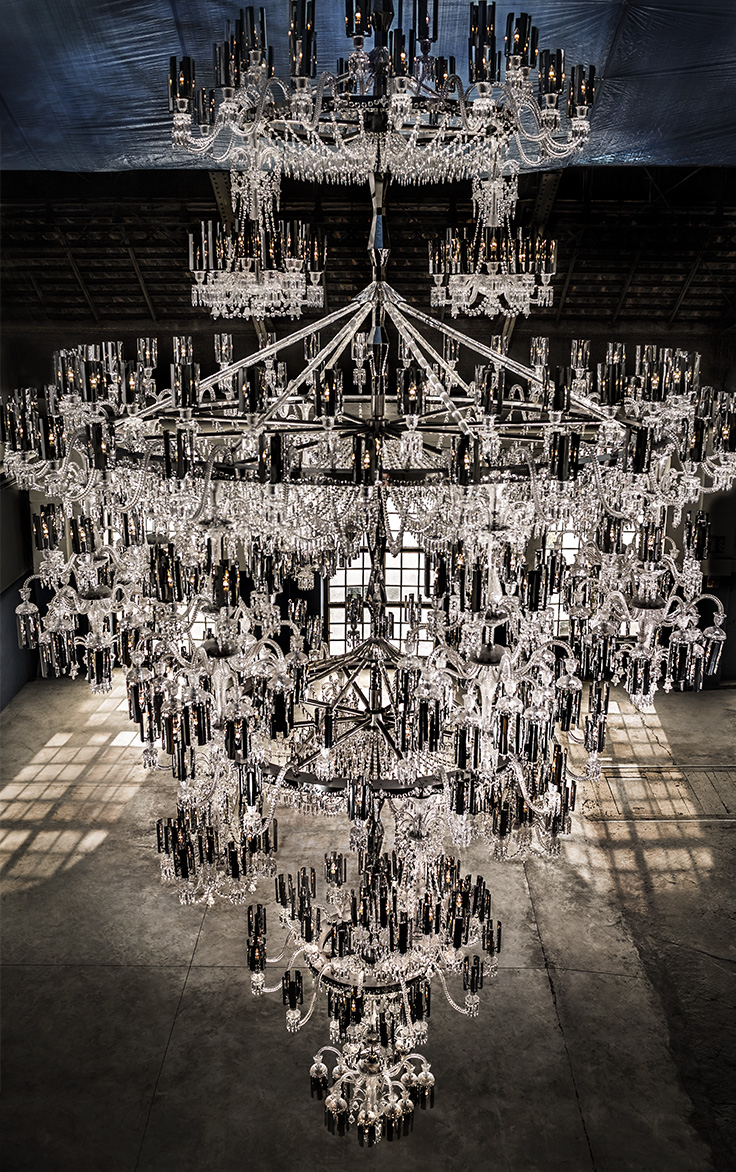 A challenging achievement, an accumulation of figures: keeping a house going also implies letting in new symbols in its history.

To end its launch and celebrations series, Baccarat now announces the launch of the Baccarat Hotel Residence in New York, right in the heart of Manhattan. 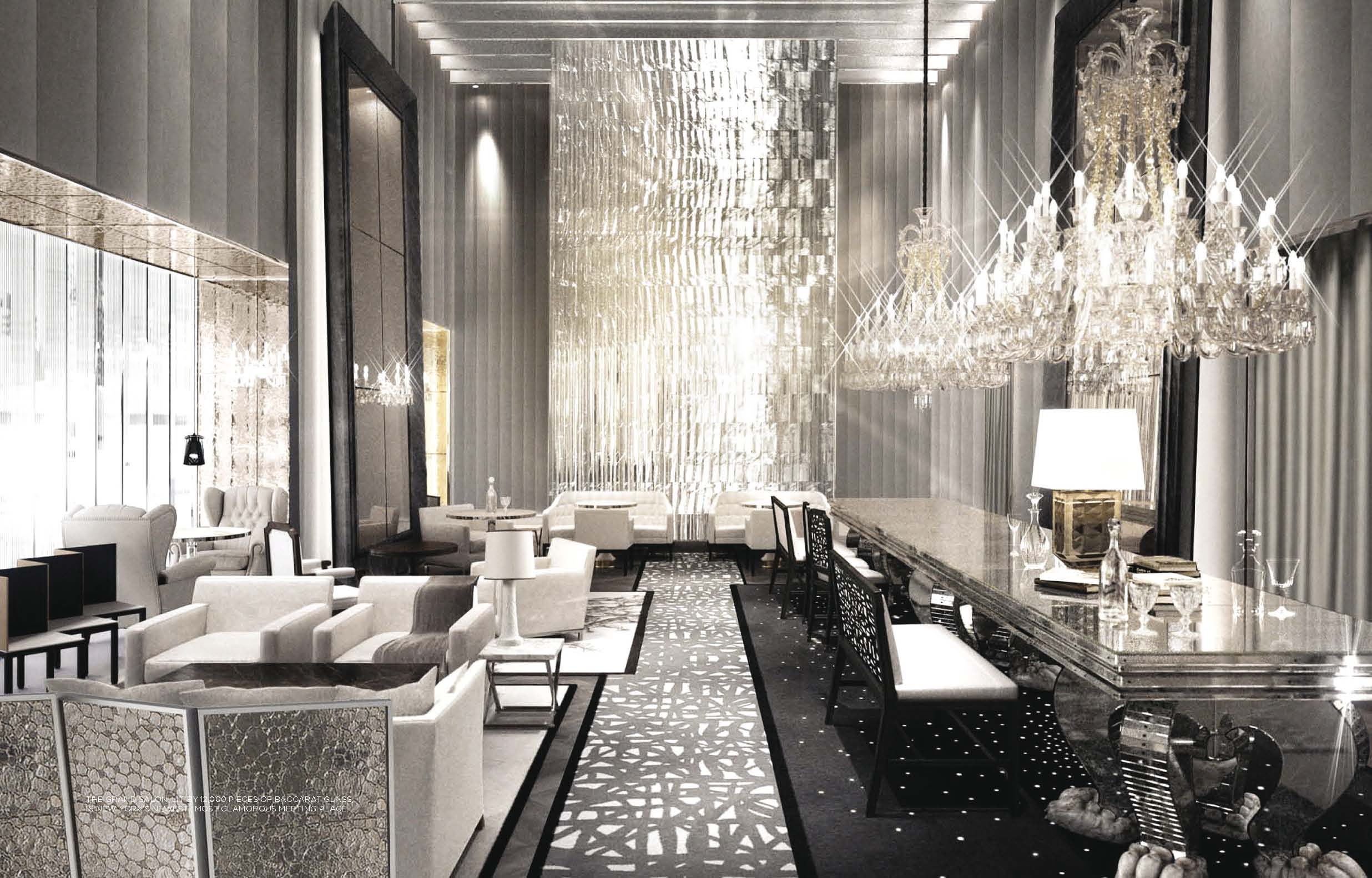 Baccarat does not just make do with boutiques when settling down in a city. In Paris, the brand settled down in Marie-Laure de Noailles’ Mansion and called on Philippe Starck to turn it into a “jewel box” with its Galerie Musée. In Japan, it settled down in bars, in Moscow, in a large residence and a restaurant.

This time, for its settling down abroad, Baccarat is not just happy with a bar, it treats itself to a hotel, in the heart of worldwide business and design. 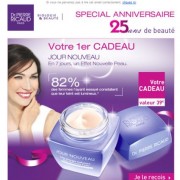 One view of the Jean-Paul Gaultier exhibition
Scroll to top