With this highly documented novel, Pierre Assouline gives us a non-objective, though global and new point of view of a company’s life. Inside the hotel’s walls, a performance of the Parisian and international scene is being played with political, emotional and social stakes. 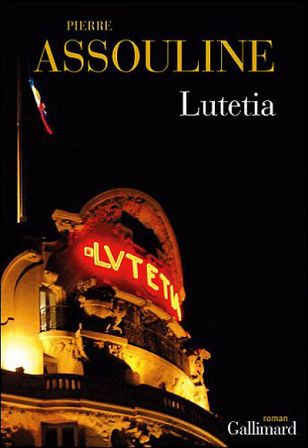 As tackled in the previous post Inconvenient past: crisis communication and World War II, brands are often embarrassed about what is unclear in their history, mostly when it is linked to great History. World War II is in that way enough close to and far from us to offer edifying examples. Faced to this period, brands and their owners are often skeptical all the more so as information quickly falls into the public domain and rumors spread fast. Eventually, what is a company facing war like? Lutetia by Pierre Assouline gives us a complex and very human point of view of a crisis situation that we may judge too rapidly from today’s political “comfort” in a Manichean way. A flashback on this unique palace history and on this not so romantic novel.

The Lutetia hotel today is above all a Parisian palace. As many of its competitors, it is greatly committed to the artistic world. It has actually welcomed many famous guests, legitimating this positioning: Matisse, André Gide, Antoine de Saint-Exupéry, Picasso, Joséphine Baker. Nowadays works by artists like Arman or César decorate the hotel. Indeed its location is particular: it is the only palace on the Left Bank, in the Saint-Germain neighborhood. 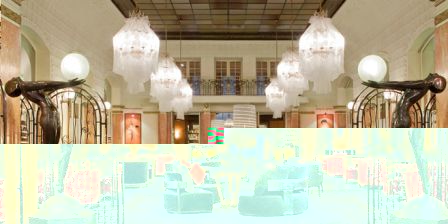 The artistic heritage is therefore almost geographic. Built in 1910, it is also the first Art Déco hotel in Paris. But, after all, what is so absolutely extraordinary about it?
The hotel Internet site meets the standardized criteria of the Concorde Hôtels & Resorts Internet site, but in that frame with only a short page dedicated to its history, it is difficult to sense the spirit of the Lutetia. 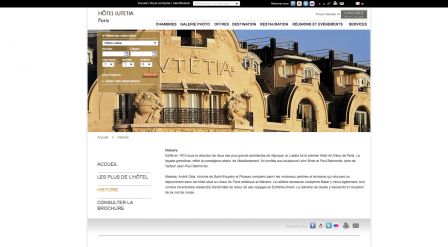 And yet, it would be a pity not to go beyond these superficial considerations, because its personality is full of treasures. As with all luxury brands, the Lutetia hotel often engenders reactions of covetousness, jealousy, speculation but also respect, responsibility, exemplarity. For this reason, it was involved in many storms. This is what the centenary celebrations, which began in December 2009, revealed.
At the start, they promised to be festive and light. As every outstanding luxury brand, the hotel had organized art-oriented events: parties and shows with jazzmen, photographers, writers and exhibitions (the Rotondes suites had just been refurbished and were up to welcoming known artists exhibitions.
A special offer for the residing guests was launched, including the “Lutetia Secrets”: an unusual visit of the confidential places of the palace. The bar was offering a « 1910-Lutetia-2010 » champagne by Taittinger. This 100th anniversary was also celebrated through the book « Hôtel Lutetia Paris – L’esprit de la Rive Gauche » published in 2009. 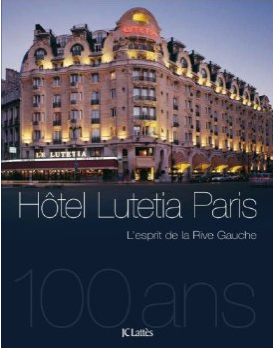 Marketing had been developed up to its extreme lightness with the launch of the hotel’s own olfactory atmosphere from a candle and a mist so as to complete the “take away” signature of the palace.
The celebrations ended on December 21st, 2010 with a great dinner for the benefit of Care France Association, joined by famous guests. To a certain extent, France 2 Television report of the celebration sharply pointed out the lavish splendor of it just after having announced the opening of Les Restos du Coeur.

Besides, the Lutetia’s anniversary did not go unnoticed owing to the fuss made about the hotel. In 2010, rumors, speculations and negotiations concerning the palace sale were going around. Finally, the selling of the Lutetia to Alrov, an Israeli group, magnified the rumors. Medias strongly focused on the symbol: this great palace that had “welcomed” Germans during the war, was now seen as being in Israel’s hands. They had come full circle. But they barely mentioned that the Lutetia was far from being the only hotel that the Germans had used as residence or headquarters and that the palace had welcomed the returning deportees at La Libération.

Hesitating between all the great Parisian palaces, Pierre Assouline did not go wrong when he finally picked his novel’s place: it was to be “Lutetia”, published by Gallimard in 2005. Assouline had been charmed by its strong French connotation (it is the only Parisian palace where so many French guests stay, which is unique in Paris) and by its particular location. And mostly, among all the hotels requisitioned by the Germans,” it is the only one to have been redeemed at La Libération, when becoming a reception and accommodation center for deportees”, he said in an interview for his publisher. This atonement is not a mere way of embellishing far too difficult a reality to assume. It has truly contributed to the construction of the hotel current personality. On this matter, Assouline evokes a revealing (though unknown) tradition innovated by the palace: each first Thursday of the month, the Lutetia hotel offers dinner to an association of former deportees ; with entirely different religious, political, social views and practices, they hold in common having been deportees and having been sheltered by the Lutetia once back in Paris. 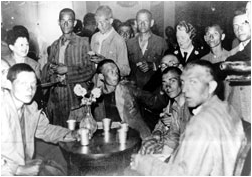 After in-depth research in the hotel’s archives, Pierre Assouline has then written a fascinating book part novel and history book. The welcoming deportees episode marks the climax of the palace saga covering the interwar period to La Libération. The other dramatic culmination is of course, for parallel reasons and echo, the hotel being requisitioned by the Abwehr during l’Occupation. The interwar happy days description, suffused with expansion, splendor and unconsciousness, allows such a radical and abyssal putting into perspective of the palace situation. During L’Occupation, Paris is defeated, humiliated and frightened. Assouline shows us very cleverly that between resistance and collaboration, the day-to-day mere survival question of an under siege city was also legitimate. And all the questionings, choices, dilemmas, bravery and cowardice engendered by the situation are transposed in this miniature society that is a company.

The author’s stroke of genius? To have chosen considering the hotel from a unique point of view. While three quarters of the historical facts and characters are authentic, Assouline’s story is seen through the eyes a fictitious character. The hero’s construction is perfect: a former wounded soldier of World War I, a former cop, Alsatian, bilingual in French and German and protestant, Edouard Kiefer is the Lutetia’s detective. Ambiguous, he is, as the hotel, tossed about between his clients’ and colleagues’ stories and History. As a detective, he sees everything, knows everything, takes down everything but he has to stay invisible. Edouard Kiefer is then the privileged and perfect witness of a company reflecting its era. He and the hotel walls witness the bustling of History and of everyone’s difficulties, emotions and stories and suffer from them. Clients, employees, soldiers, black marketers, then deportees and families sick with the hope of a hypothetical return: each person, each emotion, each decision leave their imprint on the hotel walls. Each character’s complexity suddenly leads History back to one’s life scale. The disillusion of this little boy who had grown up carefree and who finds himself back wandering in the hotel like a ghost; the grip of alcohol on the clients’ sparring turning to politics in the restaurant, the employees’ concern about the future, their speculations as to hiding some bottles in the hotel cellar, are as many testimonies. In this way, Pierre Assouline sheds a new light on the true nature of a company: beyond management policy, economic, political or social contexts, men are the stuff a company’s history, wealth and value.

A train for Nivea’s centennial