Blog - Latest News
You are here: Home / Exhibitions / For its 100th anniversary, Samsonite treats itself to an exhibition

__« Move Light, Pack’tage Evolution » such is the exhibition set in the DesignPack Gallery, in Paris, for the 100th anniversary of Samsonite. It retraces the evolution of the brand’s advertising, the reduction of the suitcases weights, it shows its great design creation and puts forward its latest success: the Cosmolite. 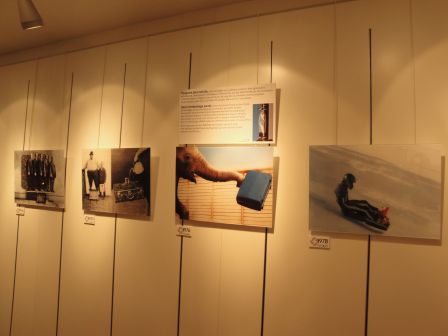 The route is organized in 5 sets where 4 great themes predominate: 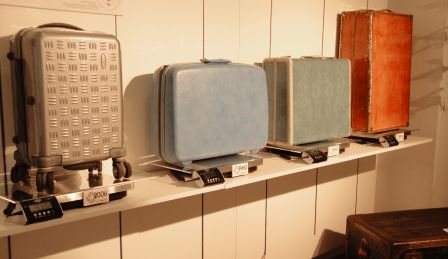 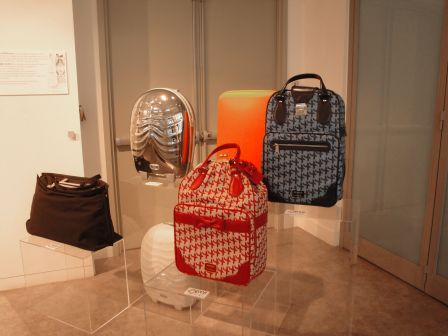 ?The exhibition is fairly limited but attractive, among photographs, yesterday’s and today’s suitcases.
We also come across screens (the new “paintings” of our time), linked together for a graphic display of the brand evolution. From this, we will remember that Jesse Schwayder created the company in 1910 in Colorado. Luggage was first of all intended for the speculators of the gold rush, then for the more and more numerous travelers. So this is a purely American product! At the end of this first century of activity, the brand represents a turnover of nearly one billion dollars and it sells in 120 countries. 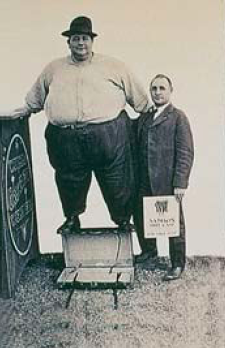 ?The 100th anniversary celebration?
So, the 100 years are celebrated through this exhibition, which actually has its equivalent in other countries, other markets for Samsonite. 2010 will also be the consecration year for the Cosmolite, the stiffest and lightest of the stiff suitcases of the brand. Finally, Samsonite announces the launch of B-Lite this year: It will be the most resistant and lightest model of its soft suitcase range…
We may still feel something is missing though because this brand, faced with strong competition by Desley in France, has an American adventure story to tell, plenty of innovations, many connections with fashion and design to put forward. Despite the exhibition, this 100th anniversary may go unnoticed. The Internet site does not even refer to it. The Internet site is actually a retail website. We can regret the lack of a page or of a more image–oriented or corporate website. Does Samsonite believe only in the strength of “gold” and dollars? We have to admit that the company does not believe in the power of its own image nor in its history. 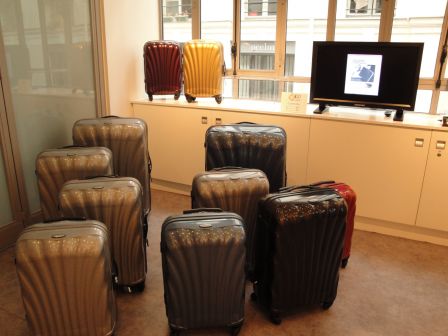