Just the once will not hurt; we won’t talk about a brand but a product! And what a product! 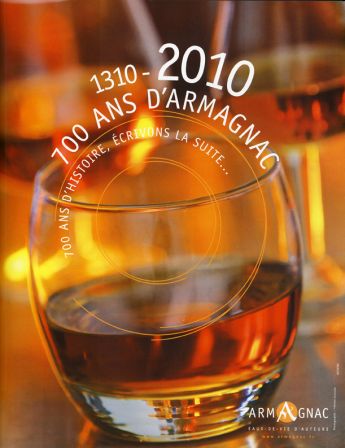 Armagnac is the perfect example of a production being influenced by history. Indeed, it is the fruit of the encounter of a land, its history, world markets, the evolution of taste and the whims of life. In other words, it is far more an epic than an ordinary tale. That is why we will linger over it through several chapters. By the way, what is Armagnac exactly? Few people are actually familiar with this eau-de-vie. So, Armagnac is an eau-de-vie stemming from the distillation of white wine in a still pot, then aged in oak barrels. As with Cognac or Vintages, one can find assembly Armagnac. The eau-de-vie comes from the Gascogne area, more precisely from le Gers, part of Les Landes and of Le Lot-et-Garonne.

The rich history of Armagnac
It is the first eau-de-vie ever made in France, even before Cognac and Calvados. Of course, it did not arise unexpectedly, 700 years ago.
First of all, the region has a natural and historical predisposition for vineyard. (The presence of pips in the peatland proves there were grapes there in prehistory. Pruned vine shoots have also been found in a funeral well from the 1st century, in Lectoure, in le Gers).
Actually, Armagnac results from the legacy of three cultures that reached the region:

Then, why do we celebrate the 700th anniversary?
2010 actually marks the anniversary of the first irrefutable trace of Armagnac: Pope Clément V (1264 – 1312) was from Gascogne. He placed his fellow countrymen around him. This is how Vital Dufour (1210-1327), the prior of Eauze, was appointed Cardinal. His work of medicine “Livre très utile pour conserver la santé et rester en bonne forme” (A very useful book to remain in good health and keep fit) offers a long paragraph on Armagnac evoking its 40 qualities. (Indeed, even today, it is well-known that Armagnac is good in particular for the cardio-vascular system, for digestion, etc. Provided you don’t drink too much of it, of course.) This book, found in Vatican, dates from 1310. This is the first written document about the eau-de-vie. 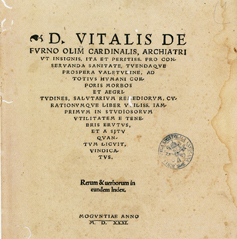 Evidence of the Armagnac trade, on local markets in particular, can be traced back to the 15th century. Armagnac’s great commercial growth started then, it was to last till the 19th century. 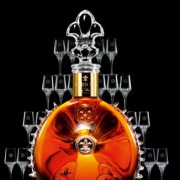 Lancôme treats itself to a book for its anniversary
0 replies

Tropicana and the erratic historical discourse
Scroll to top