Blog - Latest News
You are here: Home / Exhibitions / The collector – a guarantor of the brand’s memory ? 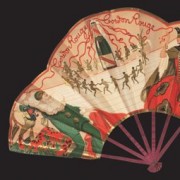 The Museum of Les Arts Décoratifs is dedicating an exhibition to collectors of goodies. “Pub Mania, ils collectionnent la publicité” (Ad Mania, they collect advertising) is exploring the phenomenon of one’s attachment to a brand and its promotional supports in charge of appealing to consumers and developing their loyalty. Some people develop a passionate interest in – sometimes an obsession about – collecting these modest, often everyday objects whose display highlights over a century of advertising for the visitors.

The exhibition pays tribute to these enthusiasts and questions their psychology. Strange, bizarre, eccentric, monomaniac: all the assessments made about them, imply some slight, amused contempt for this ordinary items craze.

Les Arts Décoratifs tries to restore some nobleness to the collectors and after all points to few differences between art collectors and Banania boxes or Michoko key-ring lovers.  While taking no stand on this assertion, we can however underline the essential role played by some of them.

Indeed, without these compulsive lovers, the brands – that recently became concerned about their history – would be at a loss. Such was the case lately with la Vache qui rit cheese. When the Bel group wished to set up a brand museum in the middle of the 2000’s, the review proved to be upsetting. To that day, the company had had no heritage preservation policy, its archives collections had not been organized and it held few items worthy of a museum compared with the richness of its advertising saga. Its heritage inventory highlighted a fragmented history, impoverished by an obvious lack of interest in the brand’s memory. It soon became obvious that the museum could not open if it did not make major acquisitions. This is when one of the key-characters of Les Arts Décoratifs exhibition turns up:  the dogged collector who, for more than 20 years, has gathered items about La Vache qui rit in particular and cheese spread in general. A former employee of the Bel factory, this clever enthusiast agrees to sell to the museum about 200 items from his collection, some of which being particularly rare. The collector then becomes the missing link between the company and its heritage, as a sometimes fanatic guarantor of the brand’s history.

Tested for you: the visit of Dior’s salons – Avenue Montaigne – Les Journées...
Scroll to top